On Saturday, October 17, the National Suicide Hotline Designation Act, legislation that will support the implementation of the future 9-8-8 crisis hotline, was signed into law. Robert Gebbia, CEO of the American Foundation for Suicide Prevention (AFSP), the nation's largest suicide prevention organization, released the following statement:

"In July, the Federal Communications Commission announced that 9-8-8 would be the new universal hotline number for the National Suicide Prevention Lifeline by July 2022. This easy-to-remember number will increase public access to mental health and suicide prevention crisis resources, encourage help-seeking for individuals in need, and is a crucial entry point for establishing a continuum of crisis care.

"This is why AFSP applauds the U.S. Congress for prioritizing suicide prevention through unanimous passage of the National Suicide Hotline Designation Act. This historic legislation, now law, will bring our mental health crisis response system into the 21st century. We are encouraged by the federal government's dedication to preventing this leading cause of death and showing all Americans that mental health is just as important as physical health.

"It should be noted however that the United States' mental health crisis response system is woefully underfunded and undervalued. It is crucial that local crisis call centers are adequately equipped to respond to what we expect will be an increased call volume and provide effective crisis services to those in need when 9-8-8 is made available in July 2022.” 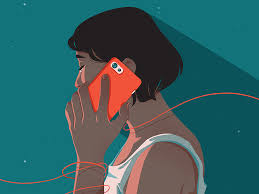